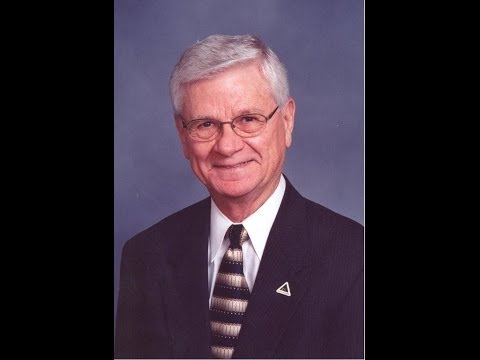 The IAHAIO William F. McCulloch Award acknowledges outstanding achievements of practitioners and educators in the field of human-animal relations, in particular Animal Assisted Interventions, such as AAA and AAT.

The IAHAIO Award is dedicated to Dr. William ‘Bill’ McCulloch, who may also be regarded as a role model for IAHAIO awardees. Born in Des Moines, Iowa in 1932, he earned his DVM degree from Iowa State University in 1956 and his Masters Degree in Public Health (MPH) in 1960 from the University of Minnesota. William McCulloch was inspired early on by the writings of Dr. Boris Levinson on the human health benefits of companion animals. As one of the co-founders of Delta-Society, William McCulloch has promoted the field of human-animal interactions and the application of its beneficial effect throughout his life. In practical projects and in education of the public he has followed the idea of “one health” – of humans and animals. In cooperation with health organizations and veterinary science he has helped to create a better life for humans of all ages, their companion animals, and animals professionally working in animal-assisted interventions. But also in academic life, he was honored by colleagues as a distinguished scholar for his many accomplishments, publications and organization of conferences.

Dr William McCulloch has been a co-founder and board member of Delta Society and one of the society´s successful fund raisers. He also filled leading positions in the American Veterinary Medical Association (AVMA) where he initiated the AVMA Human-Animal Bond Task Force. Bill McCulloch’s human-animal bond efforts began long before the Delta Society in 1977, with published articles in the late 1960’s, with his brother, Michael and others, amounting to over 100 publications, many of them in top-tier scientific journals. Throughout his career, Bill McCulloch’s major efforts have been on what is now called “One Health.” As a communicator and role model he has contributed to a dynamic improvement of societal attitude to the human animal bond, in the US and beyond.

Successful individual nominees pursue evidence-based practice approaches in agreement with the IAHAIO principles and strive for evaluating their results via objective outcome measures.  A main criterion is the impact their contributions made to the positive perception of the field by the public and by decision makers and also, whether and how much their contributions were perceived at a regional, national, or international level. There will be no discrimination according to the affiliation of the applicant, profit or non-profit organization. Award winners will be selected by an international panel of IAHAIO members and are announced on occasion of an international IAHAIO conference.

The IAHAIO board is seeking nominations for the William McCulloch Award 2019.

The closing date for receipt of nominations is 14 January 2019. Nominations and all accompanying documents must be emailed to the IAHAIO Director director@iahaio.org

The successful nominee will be notified w/c 4 February 2019.

The prize is $500 and the opportunity to present a plenary at IAHAIO’s 15th international triennial conference, held at Green Chimneys, USA 12-14 April 2019. Travel and registration costs will be covered.

We invite suggestions for nominees, which should be accompanied by the following information: